Every season gives us a different reason to love Delhi. On a winter morning as the fog rolls in even the adorably brash and unruly Delhiites go quiet and contemplative on their commute to offices. Later the soft glow of the afternoon wraps you intimately in a warm embrace. Cocooned snugly in woolly layers it is time to uncover Delhi’s surprises hidden in misty layers of time. 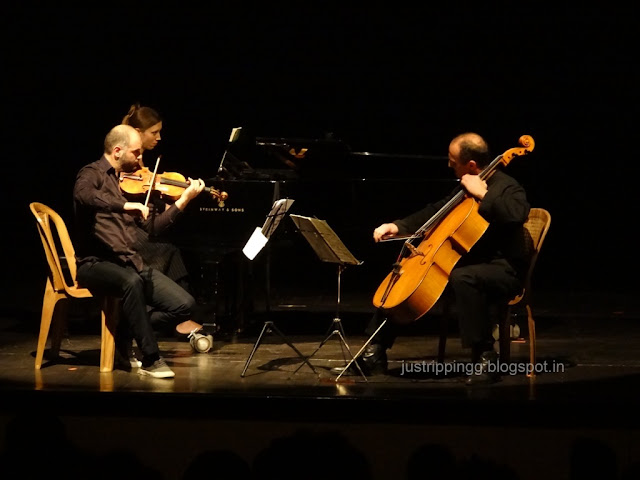 ﻿
Just as the Floss Silk trees burst into pink blossoms, Delhi’s cultural scene comes alive in winters. Beautiful people draped in elegant shawls and bandhgalas make their way to the cultural epicentre of Mandi House area with its eclectic mix of National School of Drama, Triveni Kala Sangam, Rabindra Bhawan, Kamani Auditorium and Shri Ram Centre that offer a range of performing arts like dance, music and theatre. Walk around the roundabout soaking in the vibe as aspiring actors discuss nuances of Chekhov’s ‘The Cherry Orchard’ over steaming cups of tea at the roadside stalls.  The evening comes to a perfect end as you walk in the misty night to the Bengali Market for some mouth-watering fare of chane bhaturey, gajar-ka-halwa and gazak. 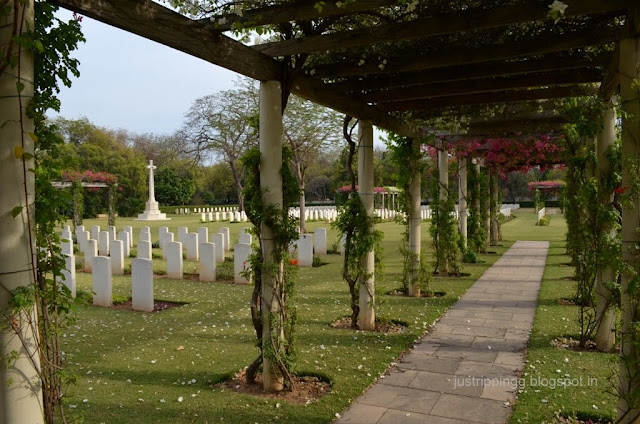 Away from the din of Ring Road beyond the entanglement of clover Dhaula Kuan and metro lines, you enter the urban oasis of Delhi Cantonment. Cantonment areas across India have this special vibe where air seems to whisper among the colonial style buildings. An imposing sandstone entrance brings you to the Delhi War Cemetery run by UK’s Commonwealth War Graves. Among the impeccably manicured lawns lie the remains of fallen soldiers who laid their lives in the two world wars fighting for British Commonwealth. Walking among the rows of tombstones etched with heart-wrenching epithets of young men, you realise the futility of war and the hurt that it wreaks. The peaceful surroundings amidst flowers is hopefully providing some balm to the anguished souls.

﻿
In the shadow of Qutub Minar, a sprawling wooded park encapsulates Delhi’s history from Lalkot - Delhi’s First City - to the Slave Dynasty who made Mehrauli Delhi’s Second City to Lodhis, Mughals and to the British times. Choose a sunny afternoon to walk through the trails of Mehrauli Archaeological Park and discover gems like Balban’s Tomb, India’s first building with true arches. Step into the exquisite Jamali Kamali Tomb and get dazzled by its jewel box like interiors. Look down four levels of Delhi’s prettiest stepwell Rajon ki Baoli. Climb up the stairs from the boathouse to Dilkusha, East India Company’s Thomas Metcalfe’s monsoon residence built out of a Mughal tomb. Just ahead Qutb Minar rises – a sight only seen by taking the path less travelled. 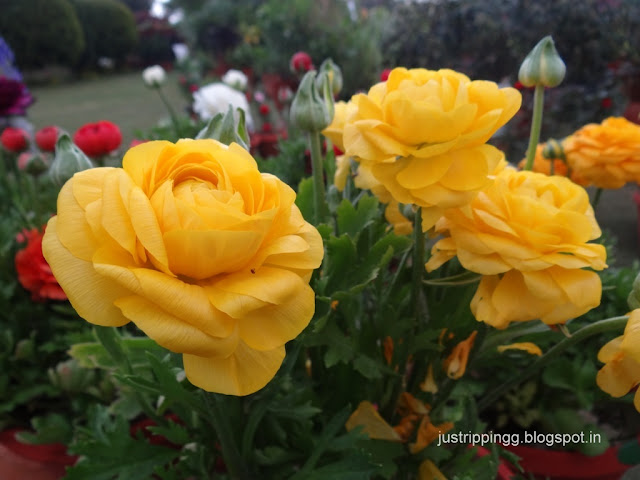 
﻿
New Delhi is the prettiest in the winters. To appreciate the beauty of perhaps the most stunning urban enclave in the country take a drive in Lutyens’ Delhi - Delhi’s Eighth City - starting from India Gate as you make your way through the tree-lined boulevards with sprawling bungalows in the power centre of the country. Stop on the way to be delighted by the roundabouts that have burst into a riot of colours as flowers of all shape and colours bloom. From Teen Murti turn towards Diplomatic Enclave housing the world’s embassies and High Commissions. A picnic on the grass lawns of Shanti Path or Nehru Park is highly recommended under sunny blue skies. 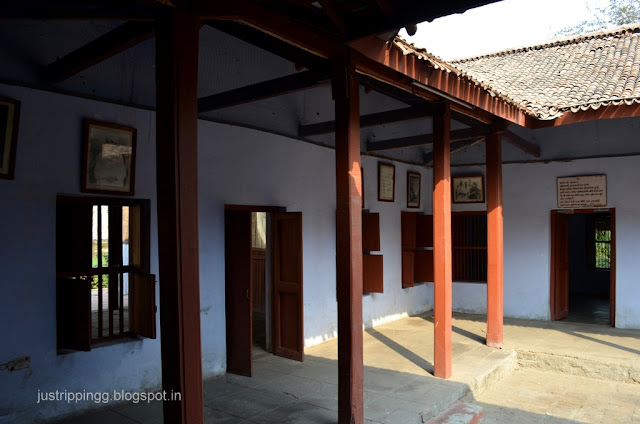 While busloads of tourists make their way to Gandhiji’s samadhi Rajghat, just across the road lies the National Gandhi Museum that is largely overlooked. Walk through the grounds where Sabarmati Ashram has been recreated and peer into Hriday Kunj where Gandhiji lived his simple life. Inside the museum building traverse the incredible journey of the man who gave up his life to give us our freedom. His presence is everywhere - pick up the phones in the lobby and listen to him speak, look with awe at the walking stick he used during the epic Dandi March. The poignant Martyrdom Gallery has Gandhiji’s blood stained clothes from that fateful January day. Not every winter morning in Delhi is beautiful.

Come Thursday evening and you are transported to the times of Tughlaqabad - Delhi’s Fourth City – when a Sufi Saint stood upto a Sultan. Beyond Lodhi Gardens is the Dargah of Hazrat Nizamuddin Auliya. You make your way deep into the alleys of mediaeval Ghiyaspur steeped in history now called Nizamuddin Basti fragrant with roses and sparkling with chadars. In the courtyard between the sanctum and Amir Khusrao’s Tomb, Nizami Brothers render full-throated qawwalis making the devotees go delirious in mystic trance. Hazrat Saheb loves this devotion of Dilliwallas. He loves us like he has over the past 700 years. 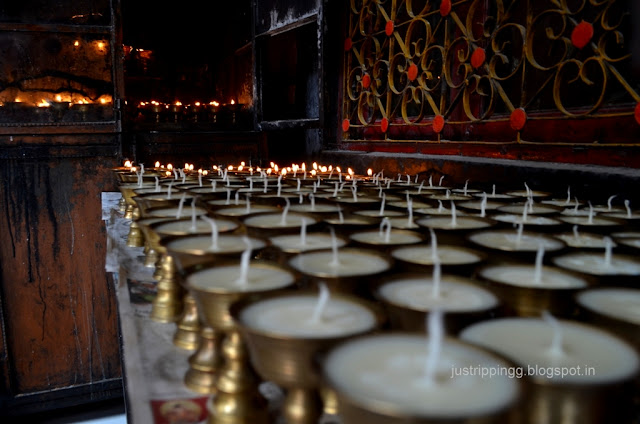 Scores of butter lamps flicker. Inside the temple, young monks dressed in flowing maroon sanghatis intone mantras. From the walls Buddha smiles benignly. Rosy faced kids chased by smiling mothers run through the courtyard. Just a few steps from the busy Outer Ring Road at Majnu Ka Tilla, you have stepped into a different world. The Tibetan Colony is Delhi’s own Dharamsala where Tibetans fleeing from Lhasa first settled. Experience Little Tibet’s vibe redolent of an innocent life left behind. Sample Tibetan food that gave Delhi its favourite snack, the Momo! Walk the winding lanes where sweet melancholia of lost homeland echoes along with the zeal to create a new one.

Paharganj – On the Hippie Trail 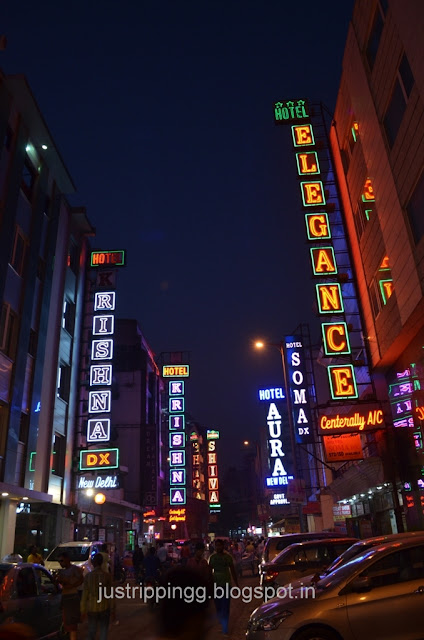 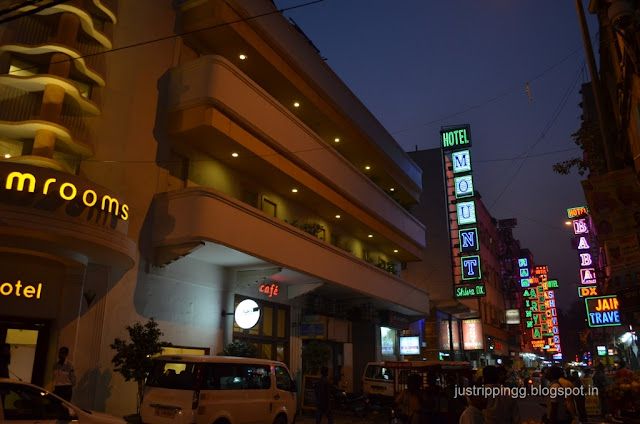 The tall neon sign boards flanking both sides of the lane inside Ram Nagar turn Paharganj into a seemingly Las Vegas strip. Walking distance from New Delhi Railway Station, Paharganj is hub for hotels of all budgets catering to everyone from well-heeled to backpackers and overnight travellers. Paharganj haven for hippies in the seventies burst into prominence after the psychedelic antics of modern day Dev D in the eponymous movie. After finding a hotel room, stroll through the maze for clothes, international cuisines from sushi to hummus and hang out at libraries exchanging old books. Settle down with a beverage on the open terrace of Café Club India and let the unpretentious vibe of Paharganj wash over you.


It is twilight of Mughal Empire when Delhi gets frequently plundered and the British power is on the rise. To beat stress Delhiites take to shayari and ghazals. Zauq, Meer and Momin become household names. In Delhi’s Seventh City of Shahjahanabad, turn into Ballimaran beyond Sunheri Masjid. As you approach the haveli in Gali Qasim Jan, couplets waft in the chilly night. This is the house of Delhi’s most famous poet and its literary historian, Mirza Asadullah Khan Ghalib. Today, a part of the haveli has been restored exhibiting his books and hand written poems. Ghalib, the delhiwalla dil se and synonymous with Delhi’s culture died lamenting his unrequited love for Delhi. Come and show some love to Ghalib - he just might compose a new ghazal. 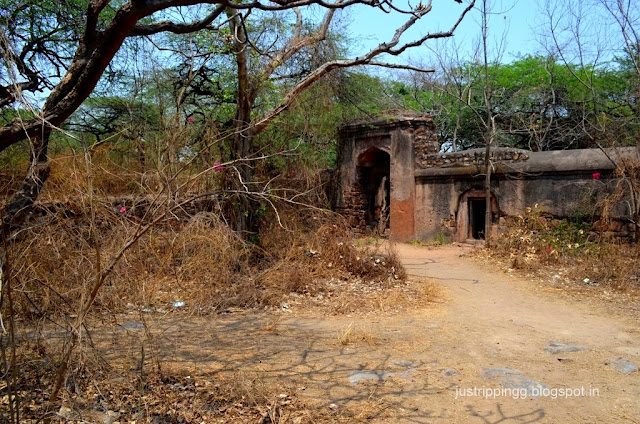 Before the Ansals and DLF, Feroz Shah Tughlaq was the original builder of Delhi as he built Ferozabad - Delhi’s Fifth City, several mosques, a madrassa on the banks of Hauz Khas, brought Ashokan Pillars from Ambala and Meerut and hunting lodges in the forest ridges of Delhi. As you get off the metro at Jhandewalan, walk past the huge Hanuman statue and then turn into the street that rises into the ridge. Here strange looking fortifications guard the Bhuli Bhatiyari, a supposedly haunted monument. Walk in the barren interiors and try not getting spooked as shadows of bare branches play tricks on the walls. 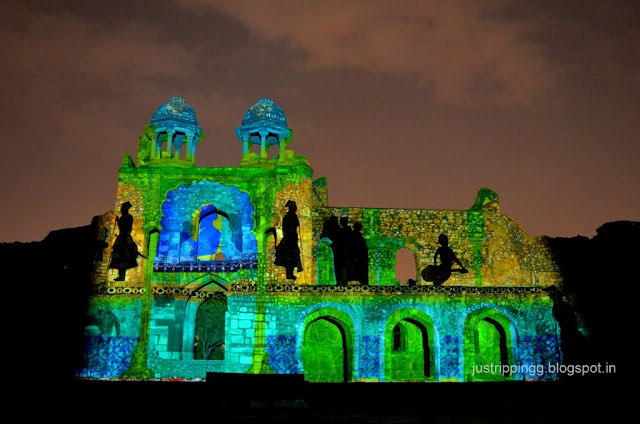 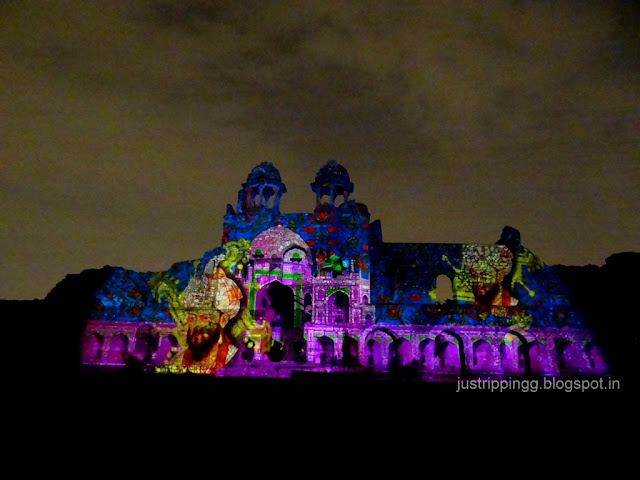 As the skies darken and the evening turns chilly, you make your way into Purana Qila or Shergarh - Delhi’s Sixth City – past the double storeyed Bada Darwaza. This is probably the site of Indraprastha, the mythological capital of Pandavas. On the left the lone Sher Mandal stands silhouetted where Humayun tumbled to his death. Up ahead is the iconic Humayun Darwaza with its two canopies that forms the backdrop of the most incredible Sound and Light show ‘Ishq-e-Dilli.’ As the laser lights dance, songs and commentary takes the viewer through Delhi’s 5000 year old fascinating history.


﻿
For us mere mortals, every season heralds another year of being closer to the end but Delhi grows prettier and younger every year. Despite repeated invasions and sackings, Delhi has lived on with successive rulers building their own cities. On a January morning as the soft sun turns the Ashok Pillar golden at Feroze Shah Kotla, you fall in love once again with the city you were born in and which will live on long after you are gone.


A version of the story appeared in the February 2017 issue of Rail Bandhu, the on-board magazine of Indian Railways. The magazine is available in Shatabdi, Rajdhani, Duranto and Gatiman Express trains

Related Links on this Blog
http://justrippingg.blogspot.in/2016/03/walking-delhi-blooming-walls-of-lodhi.html