A Tour of Historic Anegundi - A Photo Essay

Anegundi, the self-effacing village lies across the scenic Tungabhadra River from the famous Hampi. It was here that the story of the mighty Vijaynagar Empire began and whose evocative ruins in Hampi attracts people from across the world. Anegundi where large parts of Ramayana were played out in the mythological Kishkindha, the Kingdom of Monkeys ruled by Vaali and Sugreev, and where the pre-historic man painted on the boulders is a charming surprise for the traveller intrepid enough to ride the coracle across the Tungabhadra.

Related Link on this blog: Cavehanger in Anegundi
Walled Beauty
In Hampi, drive through the ruined three-storeyed Talarighatta Gate built into the fortified walls of the Vijaynagar capital to reach the Tungabhadra river. Cross the river on circular bamboo contraptions called coracles to reach Talvar Ghatta, the erstwhile customs check-point into the village of Anegundi.
Ancient Designs
Just beyond Talvar Ghatta is perhaps the most ornate temple in Anegundi. Huchhappayaa Matt is a two-storeyed temple perhaps dedicated to Lord Shiv. Relief carvings depict women doing Dandiya. In the back an additional colonnade has been erected with lathe-turned pillars that seem to have been harvested from earlier Chalukyan or Hoysala temples. Yes, Anegundi is timeless.
Related Link on this blog: The case of Lathe Turned Pillars


Swaying Palms
As you move around Anegundi, you are treated to the most spectacular landscapes views as palms sway among the lush paddy fields with the glorious backdrop of loose granite boulders piled high on top of each other. The plateau here is believed to be 3000 million years old and the reason perhaps that Anegundi is locally regarded as the maternal home of Mother Earth or Bhoodevi. 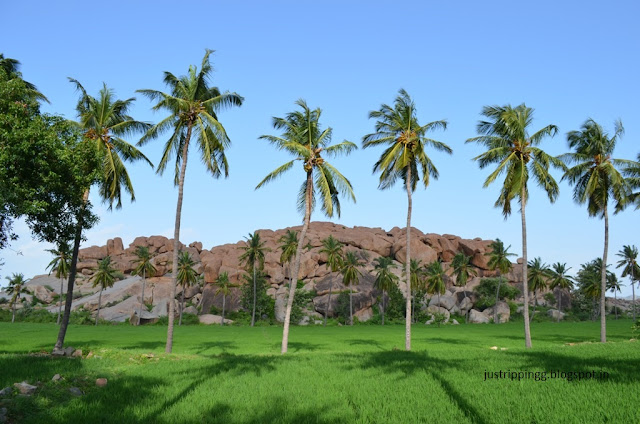 Tucked among boulders few kilometres away, is the splendid Sanapur Lake formed from the reservoir of Tungabhadra Left Canal.  You are treated to incredible sight of gently lapping water and rolling paddy fields. Visit in the evening as the setting sun douses the boulders in gold and the rising moon in the eastern skies turns the water into silver. Yes Anegundi has beautiful waterscapes too! 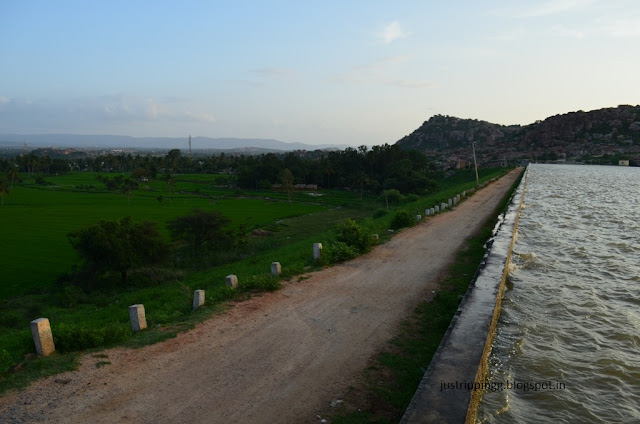 Iron Age
Walk into the bowl shaped prehistoric human settlement of Onake Kindi near Anegundi and you are transported to Iron Age. Smoothenede boulder faces have been turned into prehistoric ‘Facebook Walls’ where our ancestors shared snippets of their social lives. Onake Kindi is a delight for rock art enthusiasts with never seen before images of huge serpent, a giant man and a possible complex burial sign with sun and moon. Anegundi is a delight at every step. 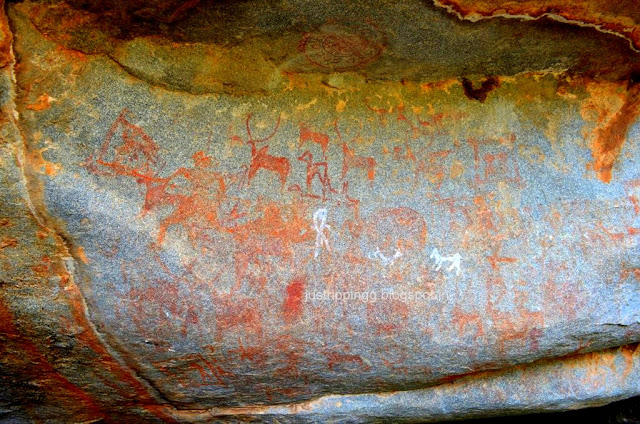 
Water Ways
The planners of Vijaynagar capital built a network of channels, canals and aqueducts to bring water to temples, baths and for agriculture. On the way back from Anegundi at Virupapur Gadde, do not miss the huge bridge-like aqueduct that was used to bring water to elevated areas on the northern bank of Tungabhadra. 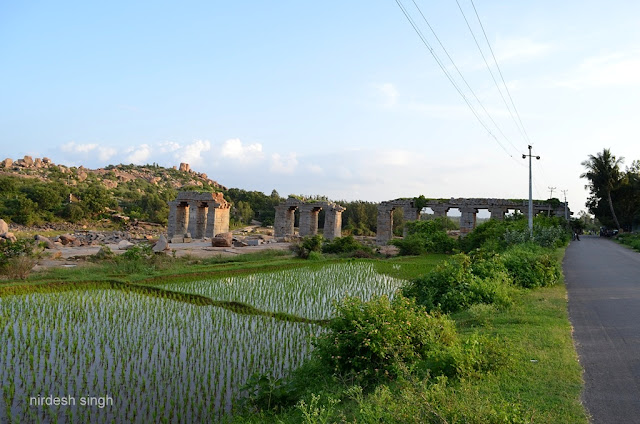 The Photo Essay appears in the Jan-Feb 2017 issue of Truejetter, the inflight magazine of Truejet Airlines 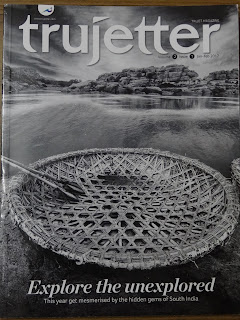 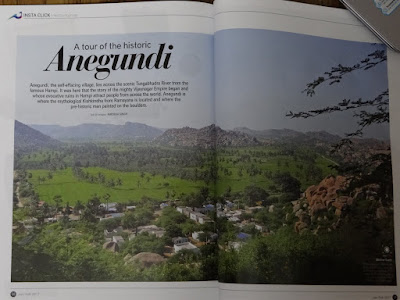 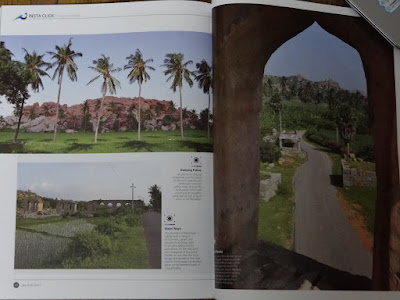 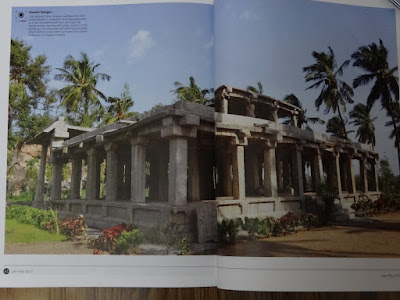 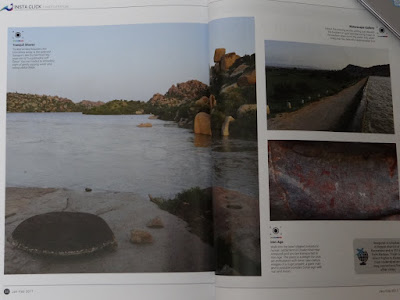