Love in the Times of Amaltas

The reason has to be special to stop the car and step out from the air-conditioned environs onto the scorching asphalt melting in the 45 degrees heat.

Amaltas (Cassia fistula) in all their golden shower finery is that special reason that makes you brave Delhi’s record-breaking heat and come out on the road to soak in the yellow feast. Nature knows how to amaze us. So while our garden plants are in their death throes despite our best efforts, here is a tree that seems to glow in the unforgiving heat. 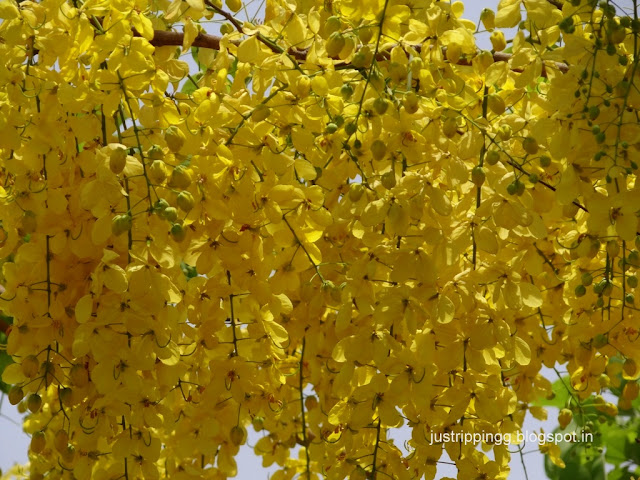 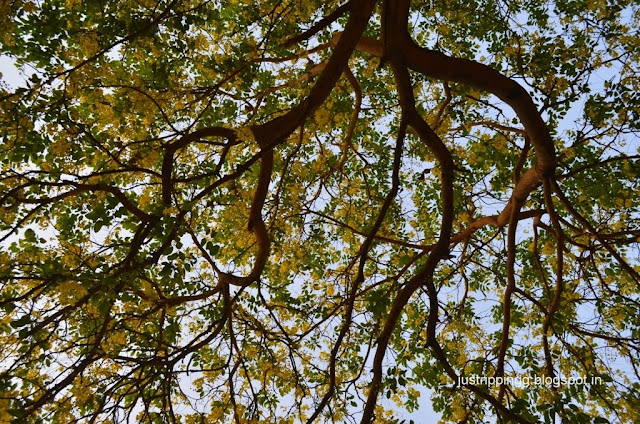 It is hard to understand how nature works. It is quite possible that the tree trunk is filled with gold. When temperature rises, the molten gold turns into these glittering necklaces hanging from the branches.

Just like the evanescent Cherry Blossoms of Japan and Floss Silk of Delhi, Amaltas blooms for a few days turning the roadsides golden. You are just glad that there are not many amaltas trees yet in Delhi, otherwise seeing the skies over Delhi glinting, Nadir Shah just might invade Delhi again.

Every month, Delhi’s trees offer joy to its denizens, who are fond of the cauldron of heat and noxious fumes that the city has turned into, but won’t give up their cars. For now, the trees have not given up on the uncaring people. Last month, while trees shed their leaves and these pink and red and green leaves sprouted, the silk semuls, jacaranda and coral (tesu or palash) painted the sky red, sapphire and some more red. 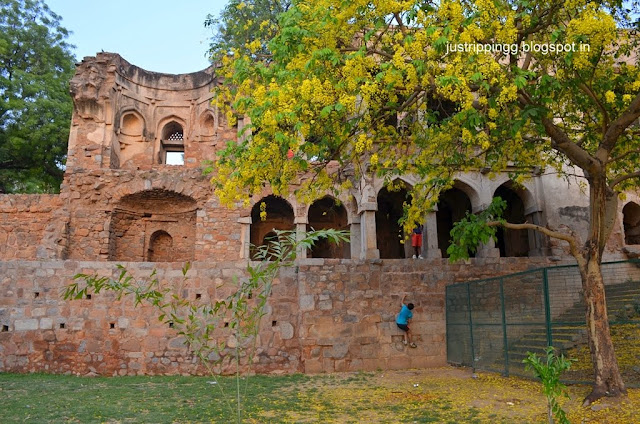 Now that the trees have mostly turned green, it is the turn of the Amaltas or Indian Laburnum to cast its magic, offering some glorious visual respite to Delhites. To start with, Lutyens’ Delhi did not have any amaltas trees, when by design, non-flowering trees were chosen to be planted on the wide boulevards. After independence, when the neighbouring colonies came up, the portfolio of trees was expanded to include gulmohars, amaltas and silk cotton trees. In Lutyens’ Delhi, as some of the old trees died, a smattering of Amaltas trees seems to have appeared on streets like Akbar Road. 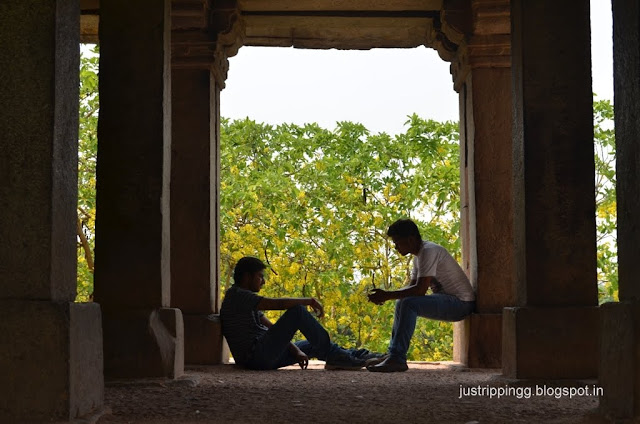 Delhi, just like the trees, is also dotted with monuments. No season is complete without visiting the monuments. And this is where Delhi amazes you again. There are always some seasonal flowers in the premises of the monuments spread across the city. On your visit to Hauz Khas monuments, where the brave few visitors have taken refuge under the domes, there are amaltas flowers spreading their magic.


There is always a reason to love Delhi, whether it is frigid winters or torrid summers like now. Come out and enjoy the Golden Showers before our beloved city and the trees give up on us.

Reprise
You spent the Amaltash Blooming Season in Assam in 2018. In 2019 you are back in Delhi as the season begins on a scintillating note.

In Greater Kailash II, you run into another wondrous sight as the Golden Shower Tree with barely a leaf dazzles on a cool breezy Election 2019 day morning. 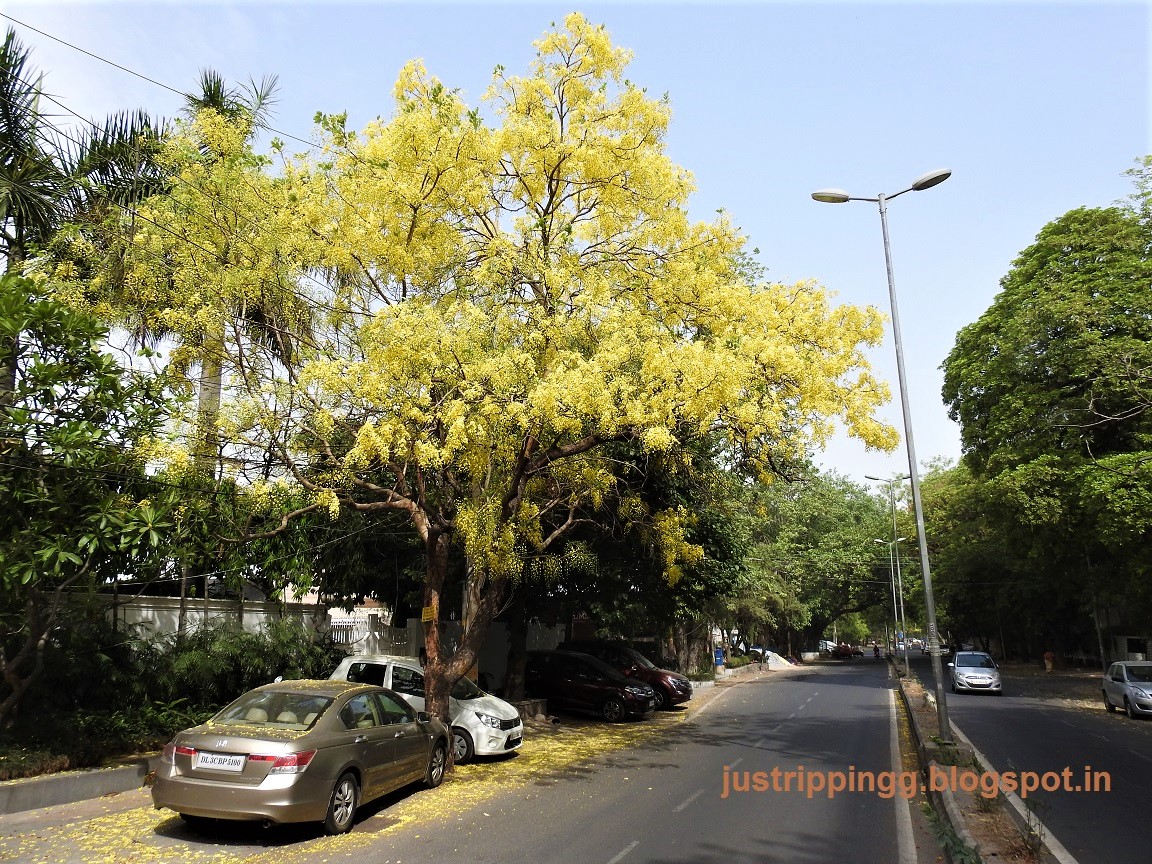 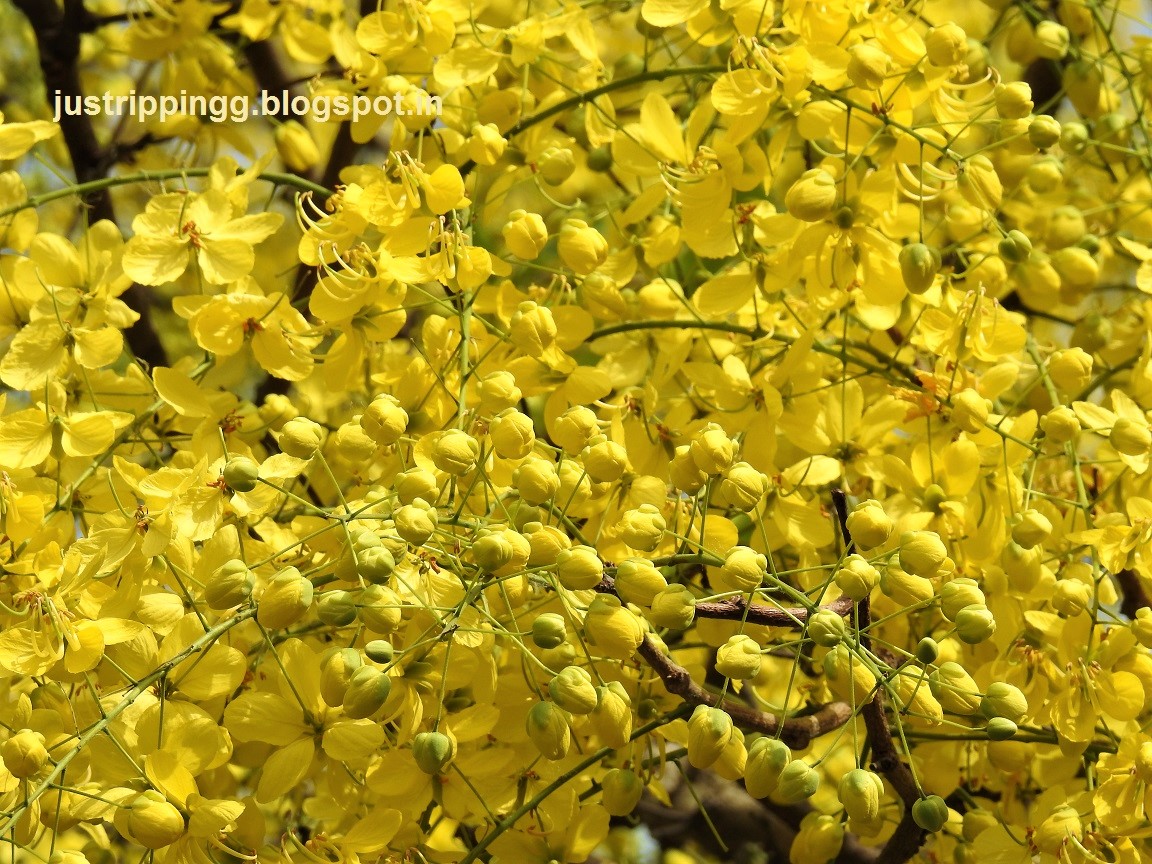 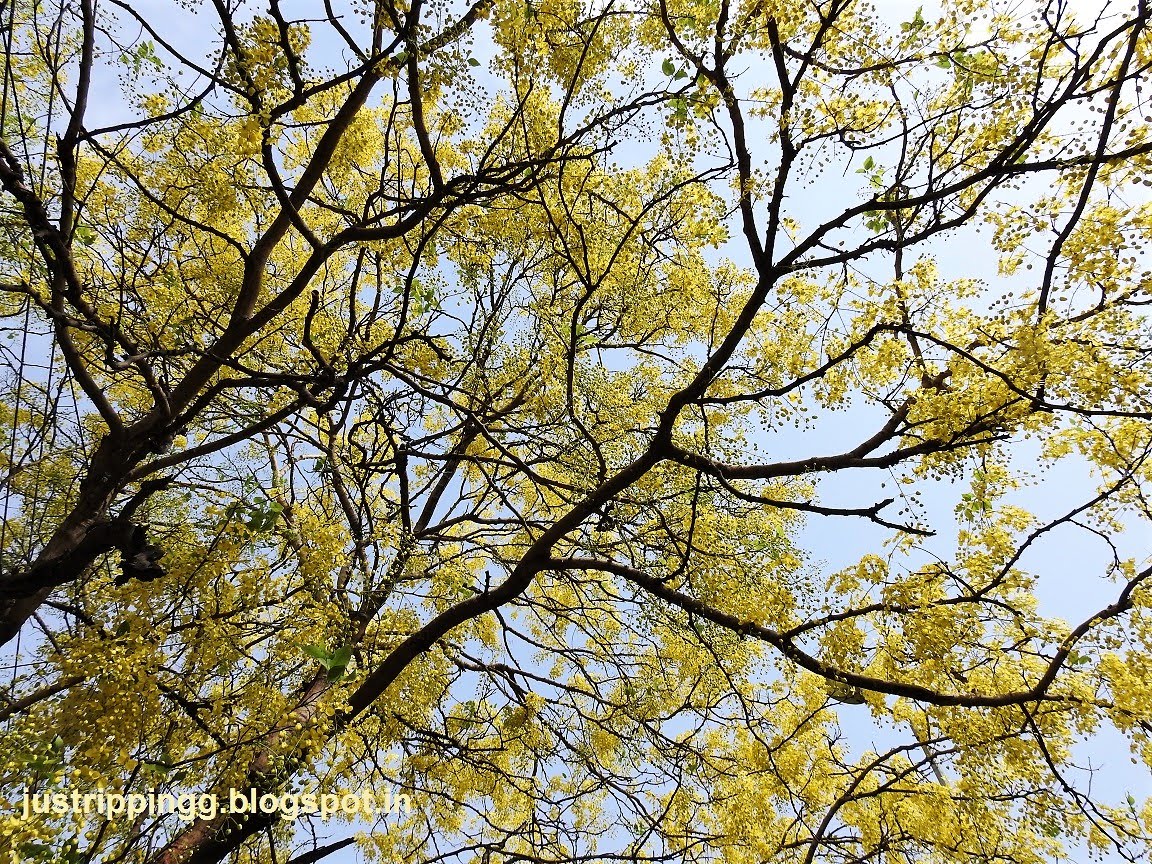 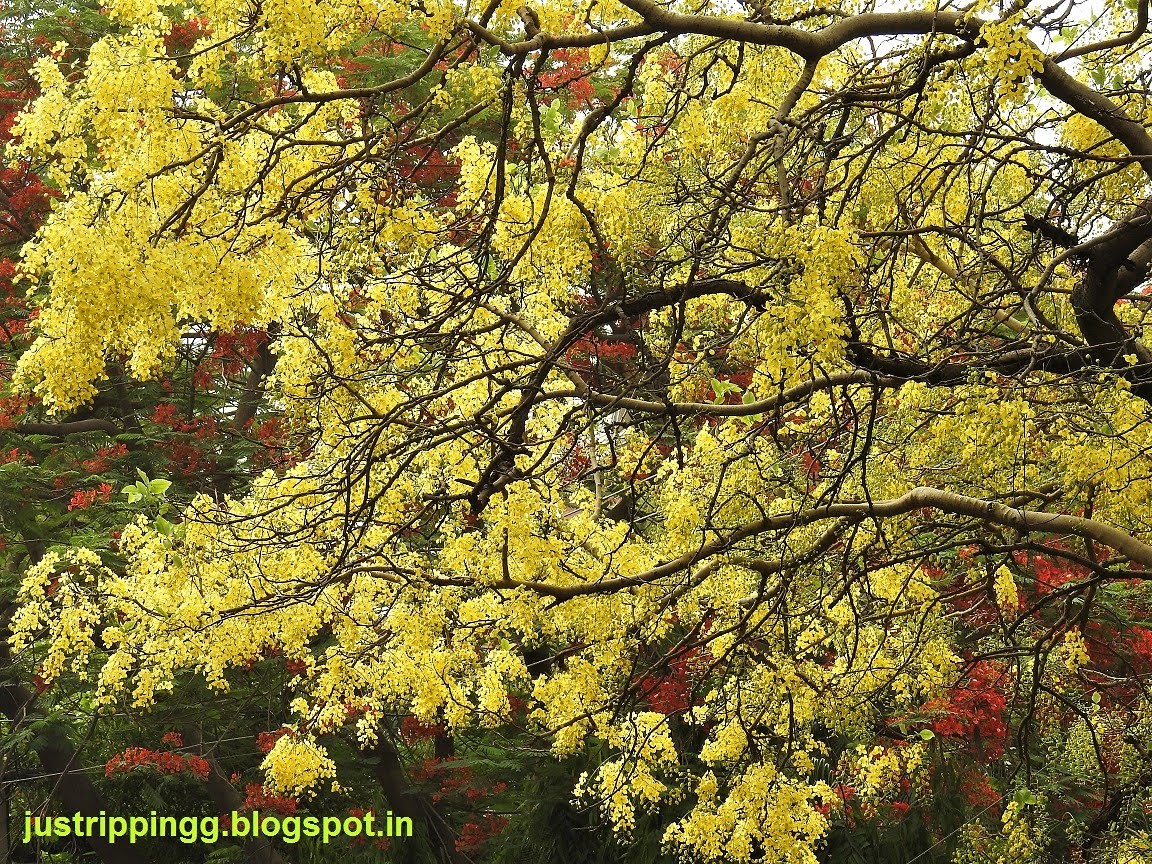 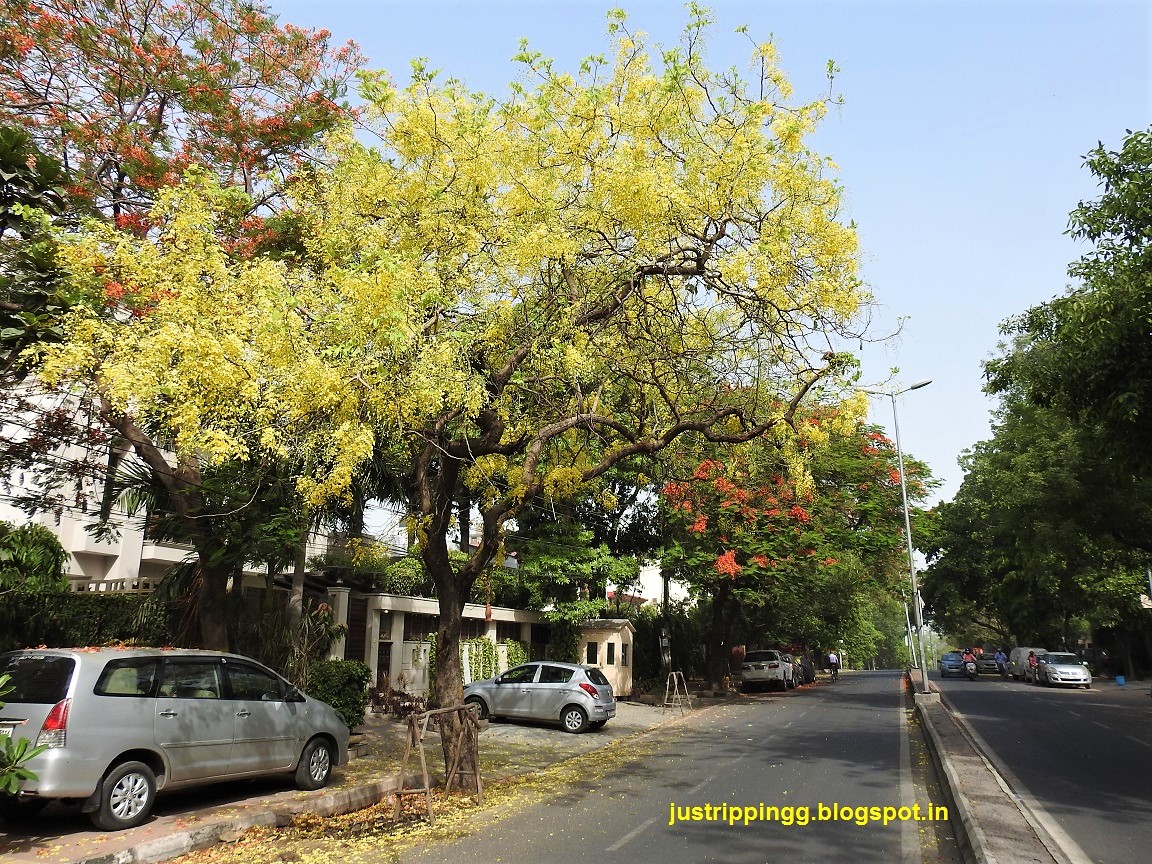 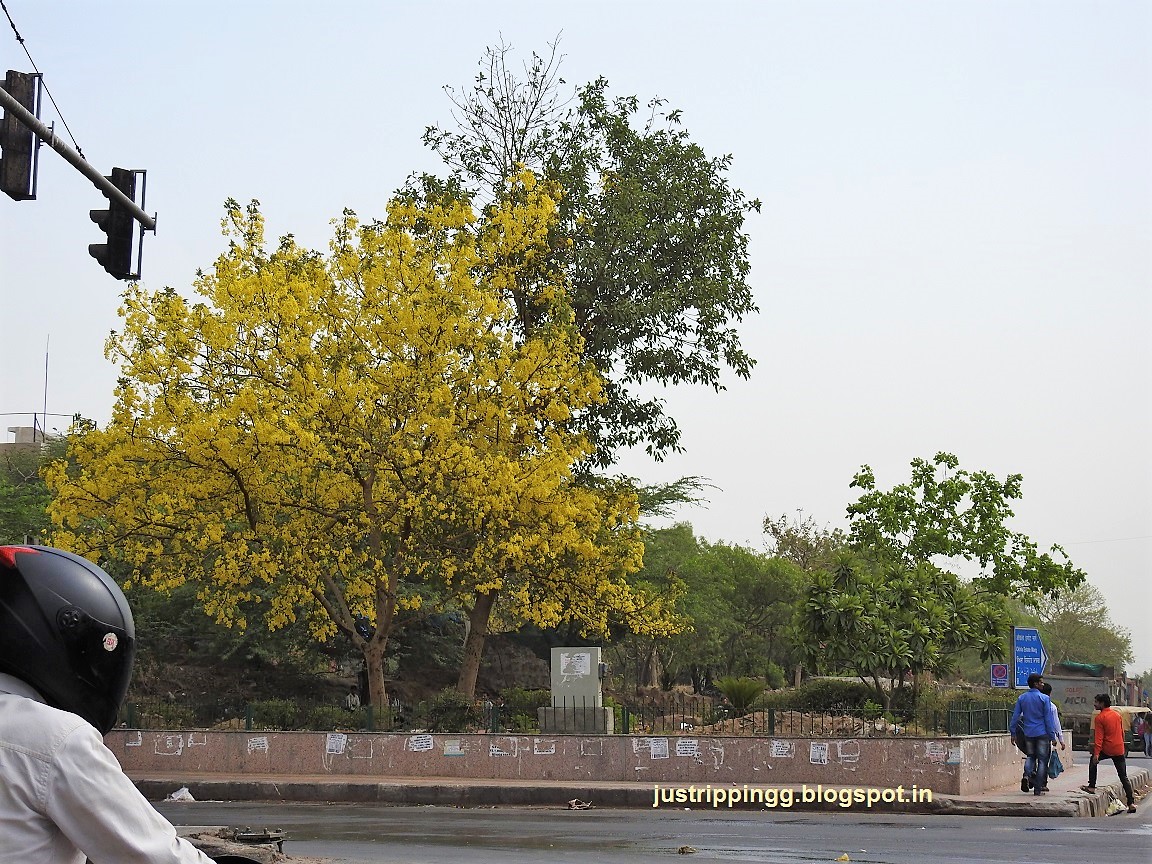 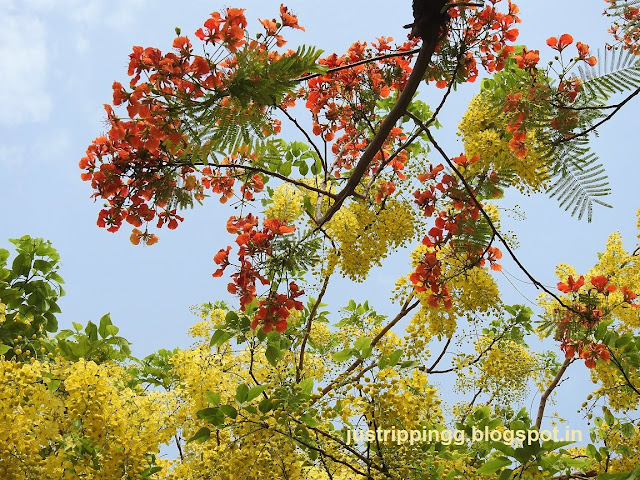 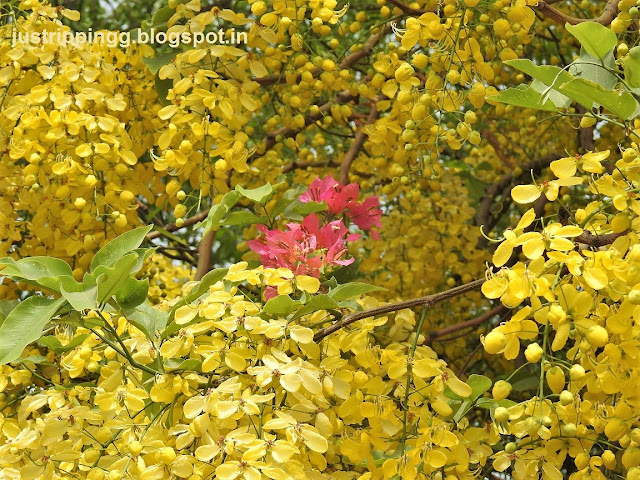 And finally to Noida! Related Posts on this Blog