Spring is in the air. This year it is not only Delhi’s roundabouts and parks that are blooming. This time even the walls are celebrating the arrival of few perfect days by blossoming into a burst of myriad colours and forms.

Delhi’s villages like Hauz Khas and Shahpur Jat have already metamorphosed from nondescript villages to ultimate destinations for boutiques and restaurants. Now it is the turn of one of the many staid government colonies, south of Lutyens’ Delhi to get some attention. The government colonies built by PWD to house babus of newly independent India were quite utilitarian and simple to get any attention. Times are changing.

You grew up in and around government colonies like Sarojini Nagar, Lakshmibai Nagar and Nauroji Nagar. Whenever you get a chance, you love going back to these places. When everything else in Delhi is changing at a fast clip, these colonies provide an anchor to your childhood. This Delhi is frozen in time and it lets you take a ride in the time capsule to revisit your childhood. Most places still are as they were, almost unchanged, about forty years ago. There are more private vehicles now, when there were just a few scooters and an occasional sarkari Ambassador car.

Lodhi Colony is one such government colony. You would come here when visiting school friends or when you took some entrance exams in one of the several schools here. Just yards away from the happening Lodhi Road, tony Jorbagh and swish Golf Links, Lodhi Colony preferred its anonymity in the shadows of its quiet tree lined avenues. Yes, this indeed is one of the quietest places in Delhi.

But things are changing – some good and some not so good. Its markets like Meherchand Market, Khanna Market and Main Market today are hotspots for new posh restaurants and high-street fashion. People who could not afford the high rents of Khan Market have set up their shops here. Markets where the local people came to buy groceries and get their children’s school uniforms stitched are now frequented by high-heeled in their SUVs. Hauz Khas Village always gives you culture shock. You get your shock for the first time in Meher Chand Market today. Thankfully as you move away from the markets, the colony still harks back to the quiet and old school charm of your childhood. These are streets where you can actually walk like a pedestrian without getting knocked down.

There was this feature in Lodhi Colony architecture that always impressed you which set apart this government colony from the others. You do not think you have seen it anywhere else. It was these high walls facing the roads that apparently connected two blocks of houses. And in the middle of this wall was this high arch. Some of these arches are open like doorways while some arches have been bricked up at the bottom to look like windows.

And now you have found out the reason behind the soaring arches. Lodhi Colony is the only government colony that was built before Independence. The colony was constructed in 1942 and was designed by William Henry Medd who worked with Lutyens and Baker during the construction of New Delhi. Medd had designed the beautiful Cathedral Church in the President's Estate. He brought in the same elements of vaulted interiors of the church to this residential colony. This is how Lodhi Colony got its this distinct feature of high walls and soaring arches with the keystone motif.

These walls with arches forming sprawling canvasses have now attracted another set of people to Lodhi Colony - this time a bunch of artists who are adding colour to Delhi’s open spaces. St+Art Delhi is a non-profit organization that works on art projects in public spaces. Their mission is to make art democratic by taking it out from the galleries to open spaces within cities. This they believe will make art more accessible to common people.

Talking to the people priming up a wall, you do realise that the entire project is a labour of love to transform Lodhi Colony into India’s first public art district. Of course, to execute a project of this scale and scope needs a lot of permissions and collaborations. The project has been possible because of coming together of number of partners that include Delhi Police, Municipal Corporation, CPWD, and Asian Paints.

The wonderful result is there for everyone to see. As you walk from street to street you can only marvel wide-eyed at the creativity of the artists – some frames are quirky, some abstract, some high on emotion, some send out messages while some are inscrutably fetching.

Somewhere it does feel like you are back in Rajasthan walking through the lanes of Shekhawati towns. Shekhawati, eat your heart out, now we too have an open air art gallery! Both places are the best examples of street art. While the frescoes of Shekhawati get repetitive after some time; here in Lodhi Colony, each wall is gloriously creative. In Lodhi Colony the art is proletariat while in Shekhawati the art is more bourgeois. Here the art connects the common people with their city creating ownership and bonds with the place they live in; while in Shekhawati it was more of one-upmanship, about my haveli being grander than yours.

Here is a photo essay homage to these wonderful people spreading cheer in our cities and in our lives. 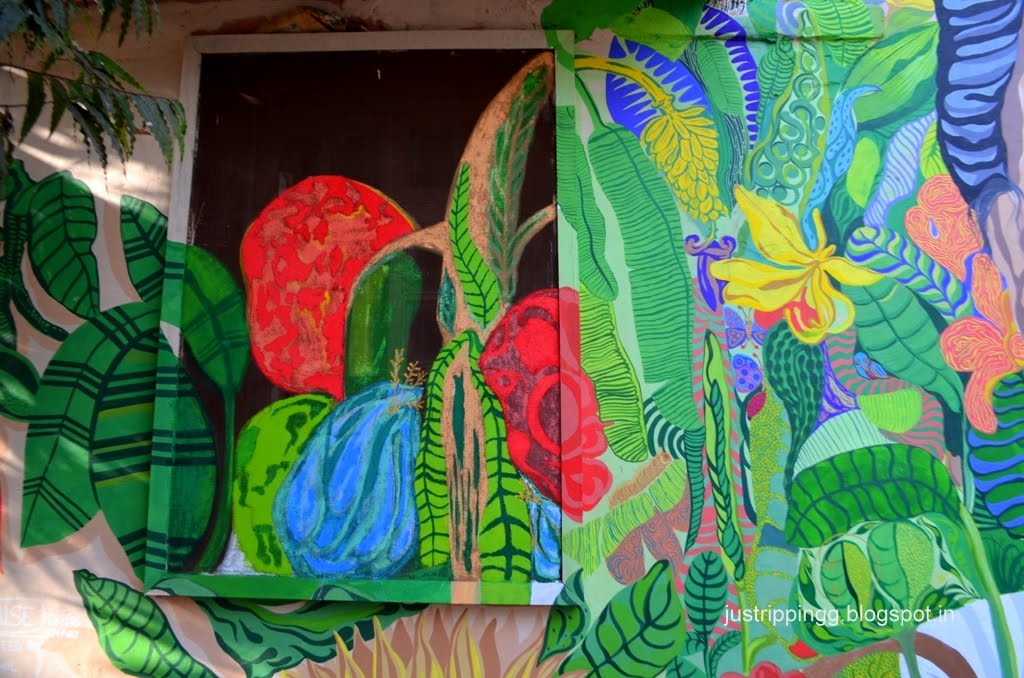 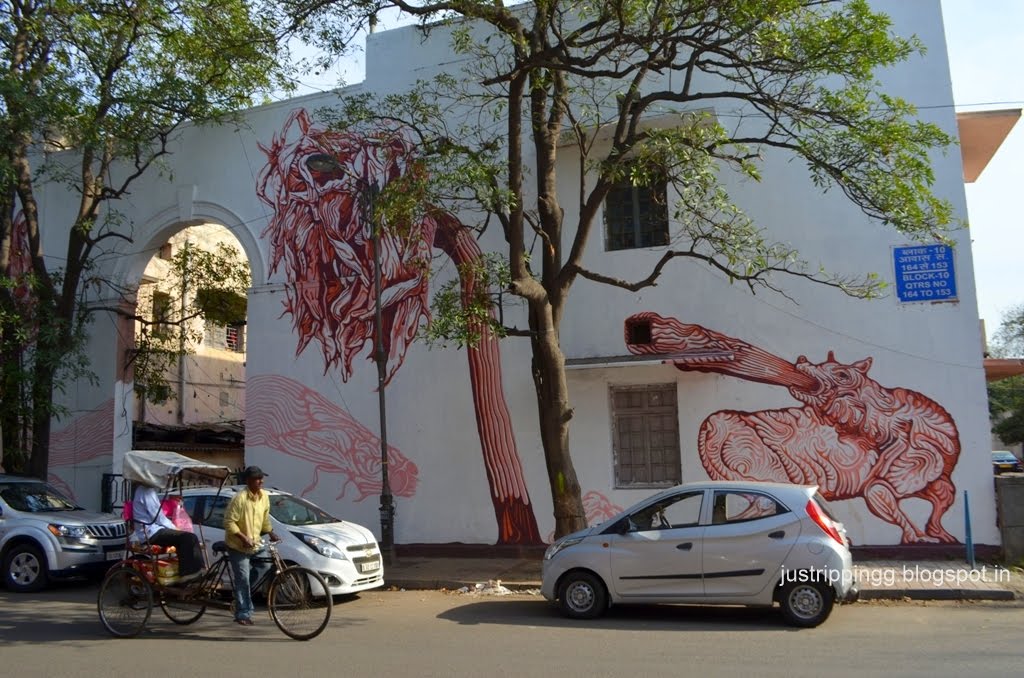 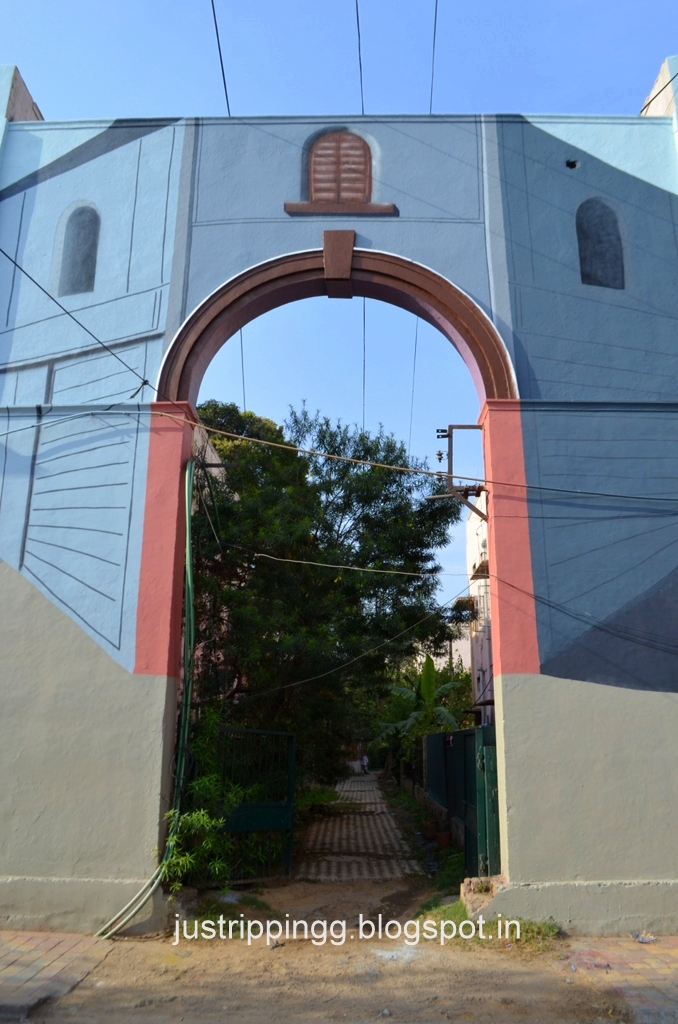 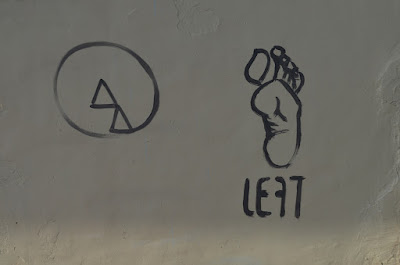 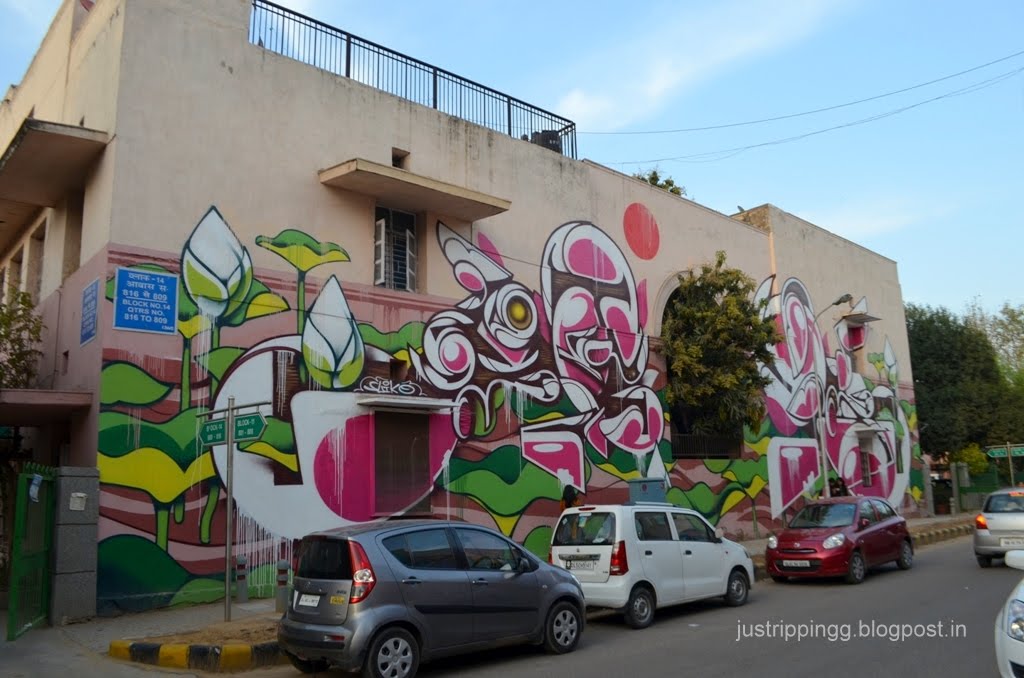 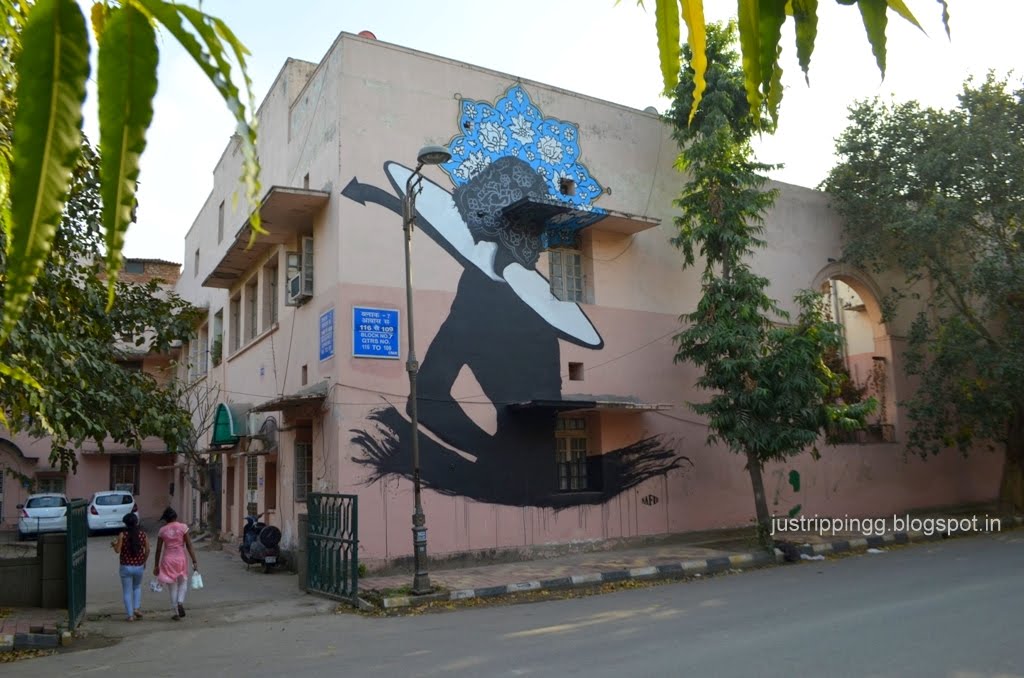 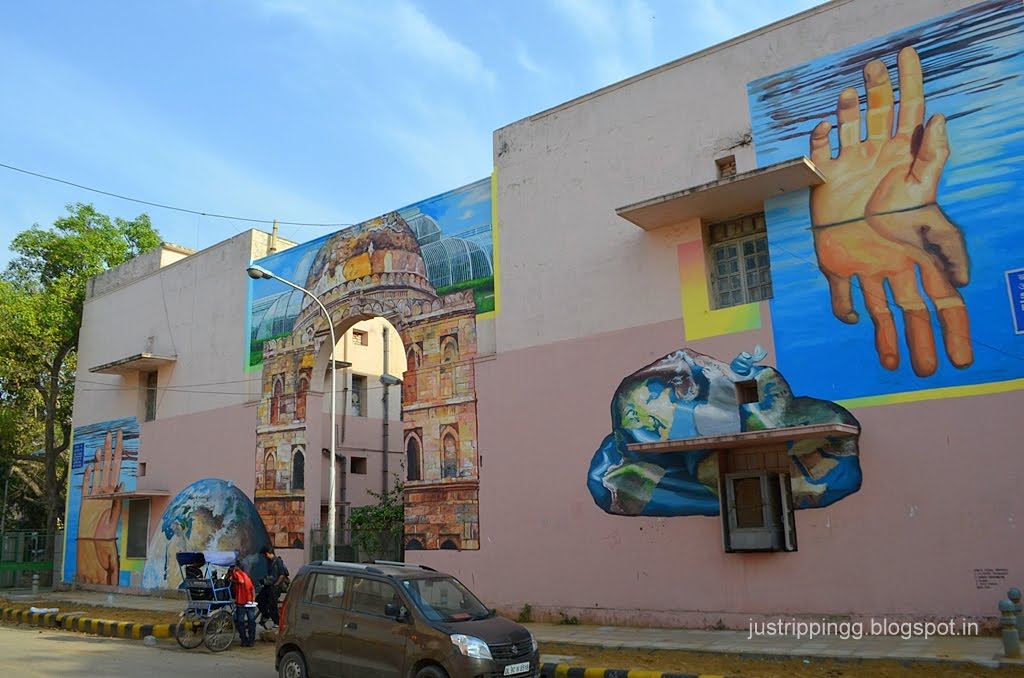 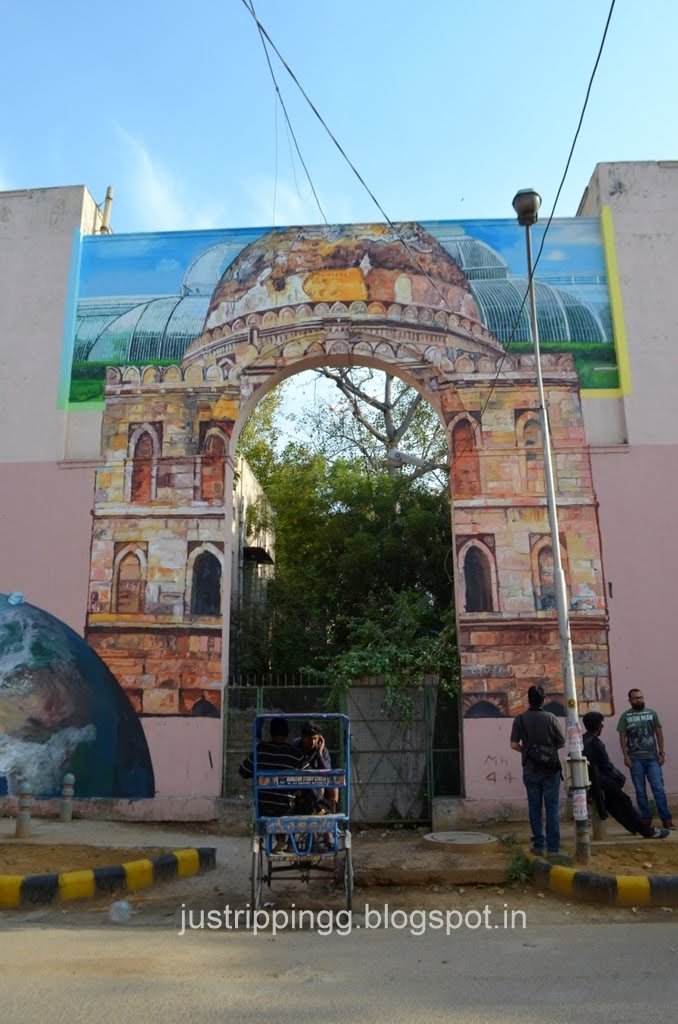 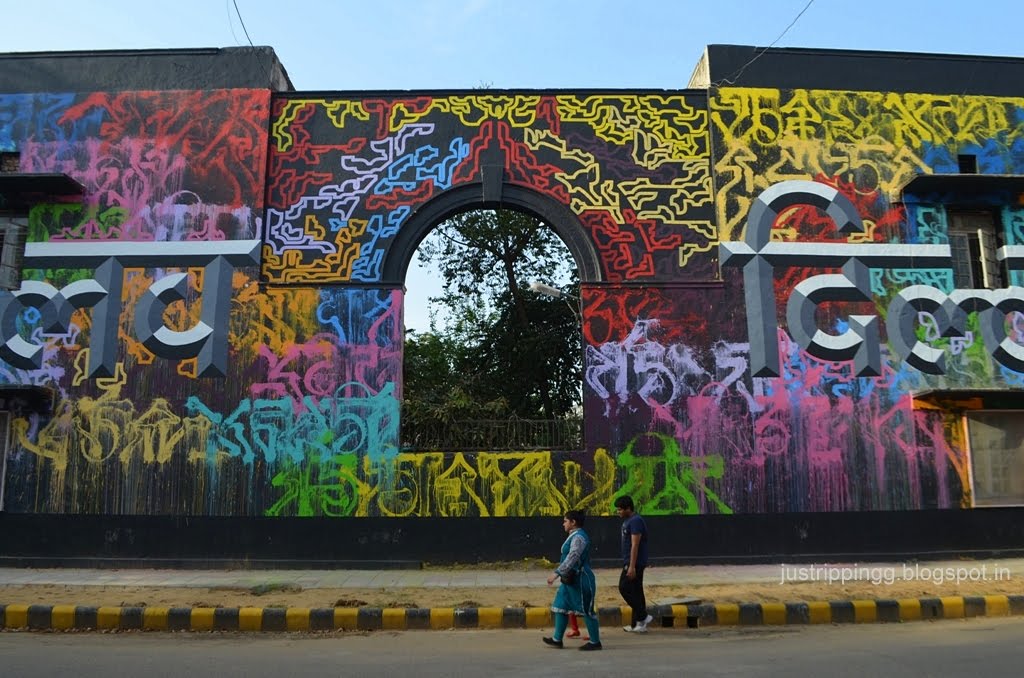 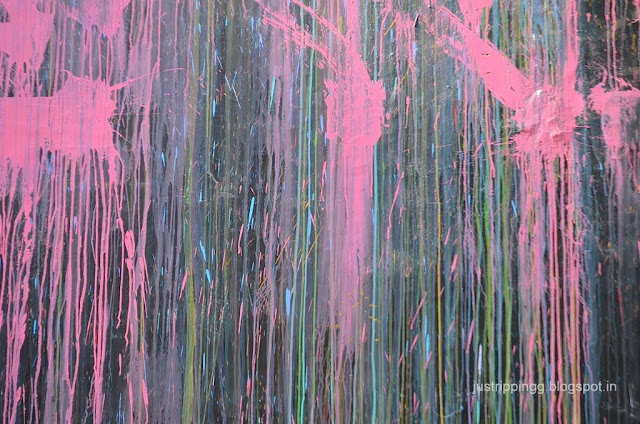 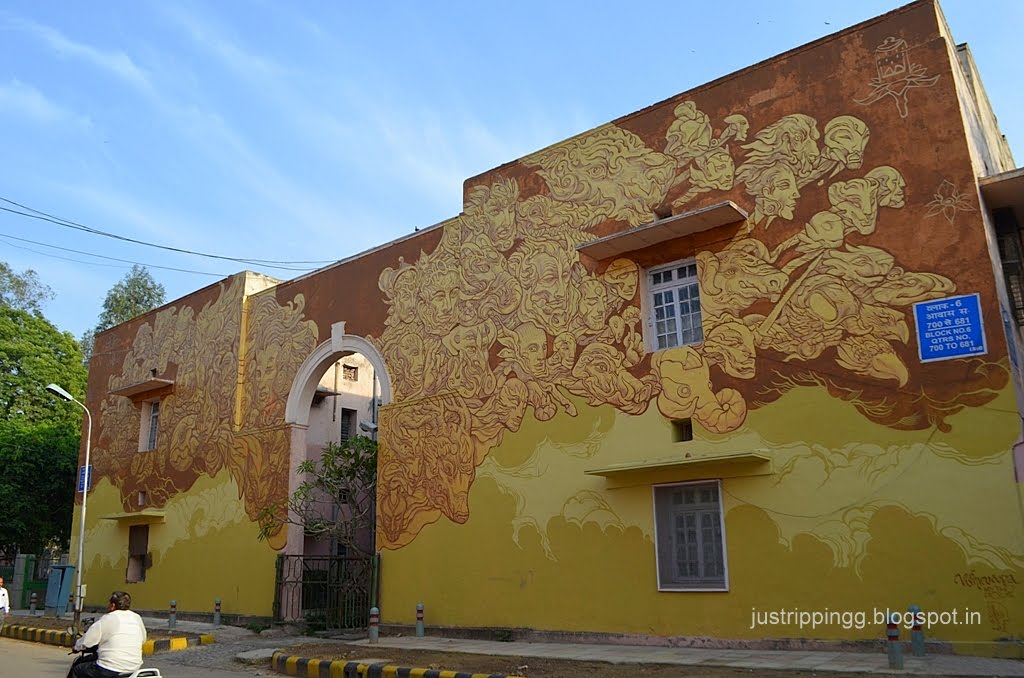 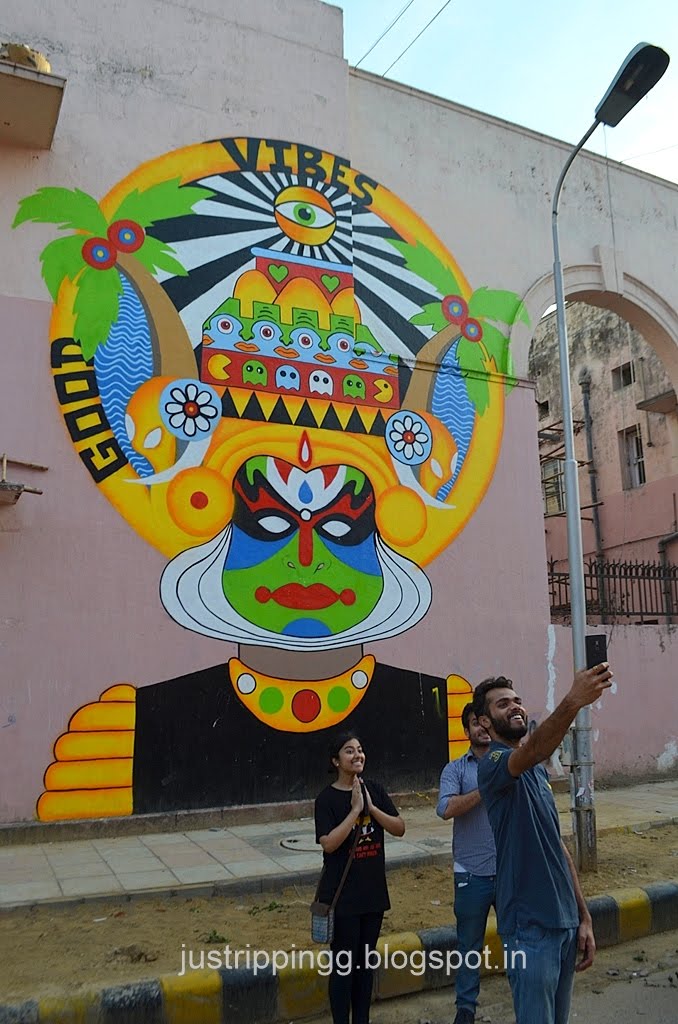 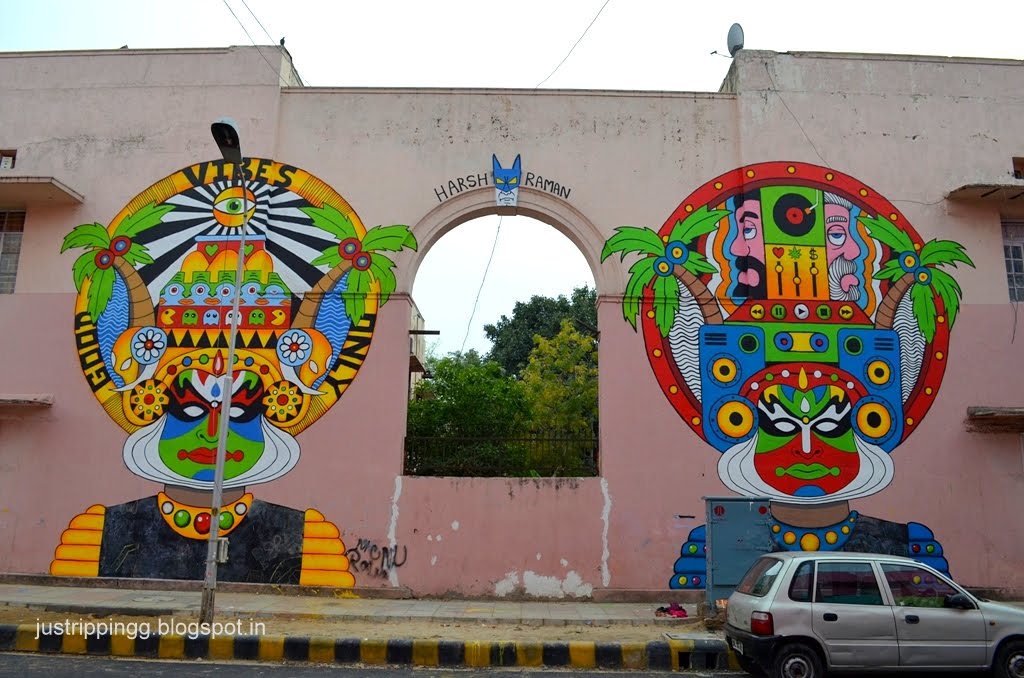 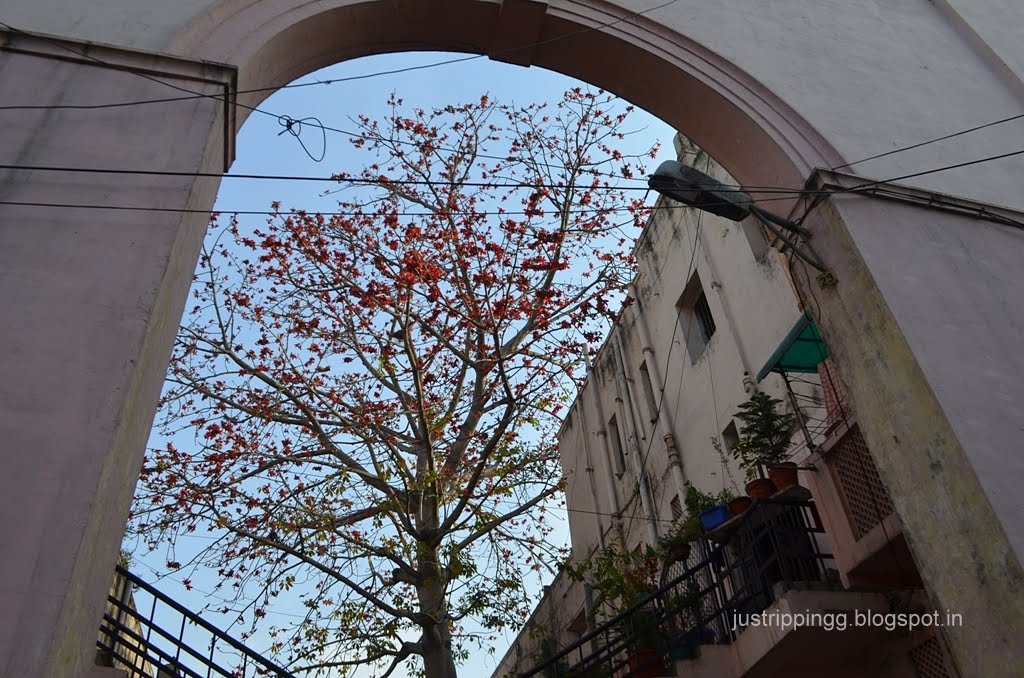 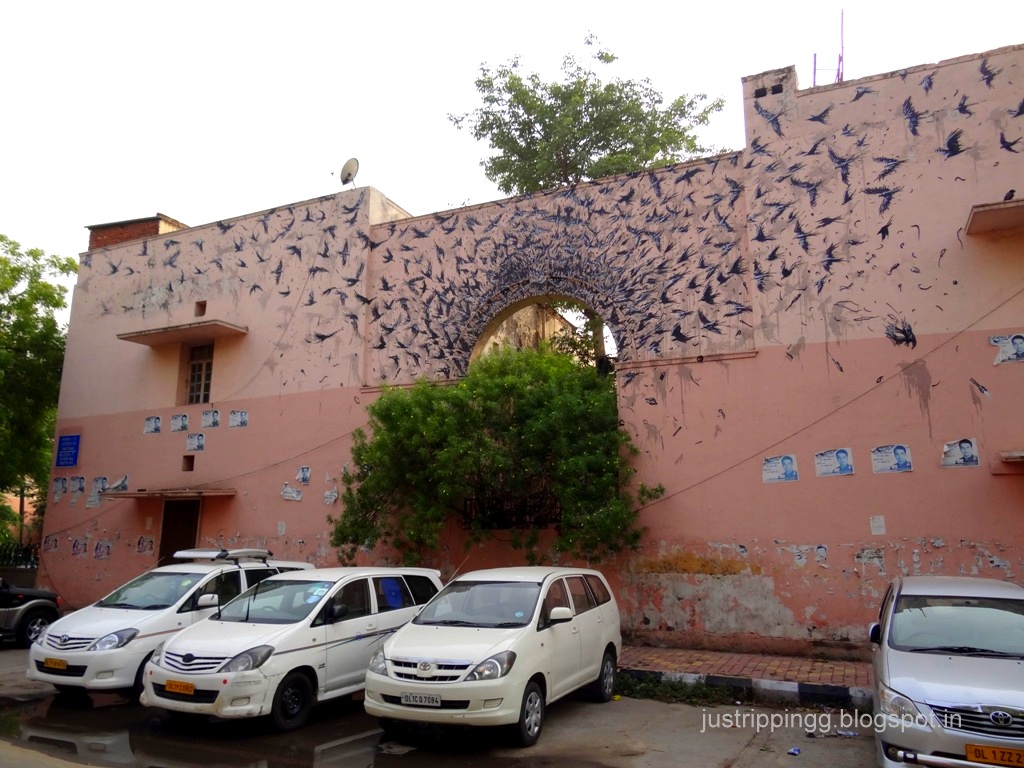 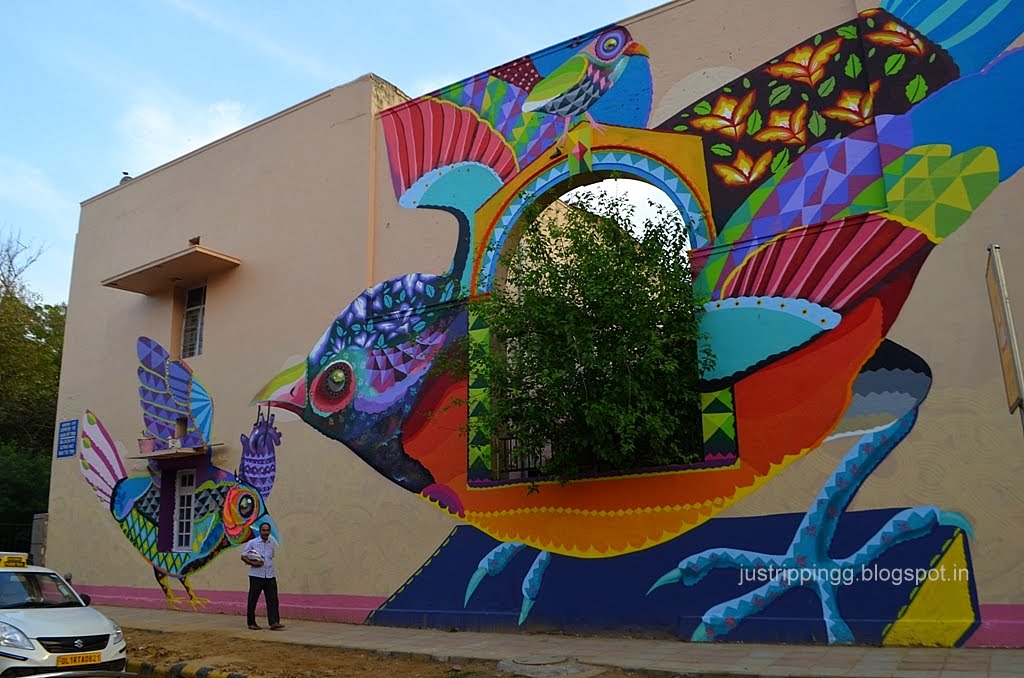 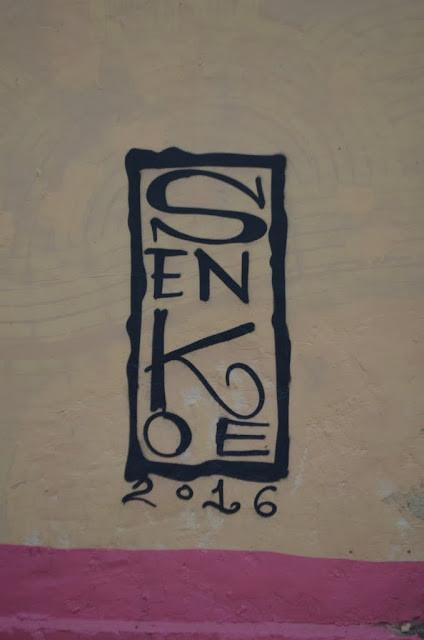 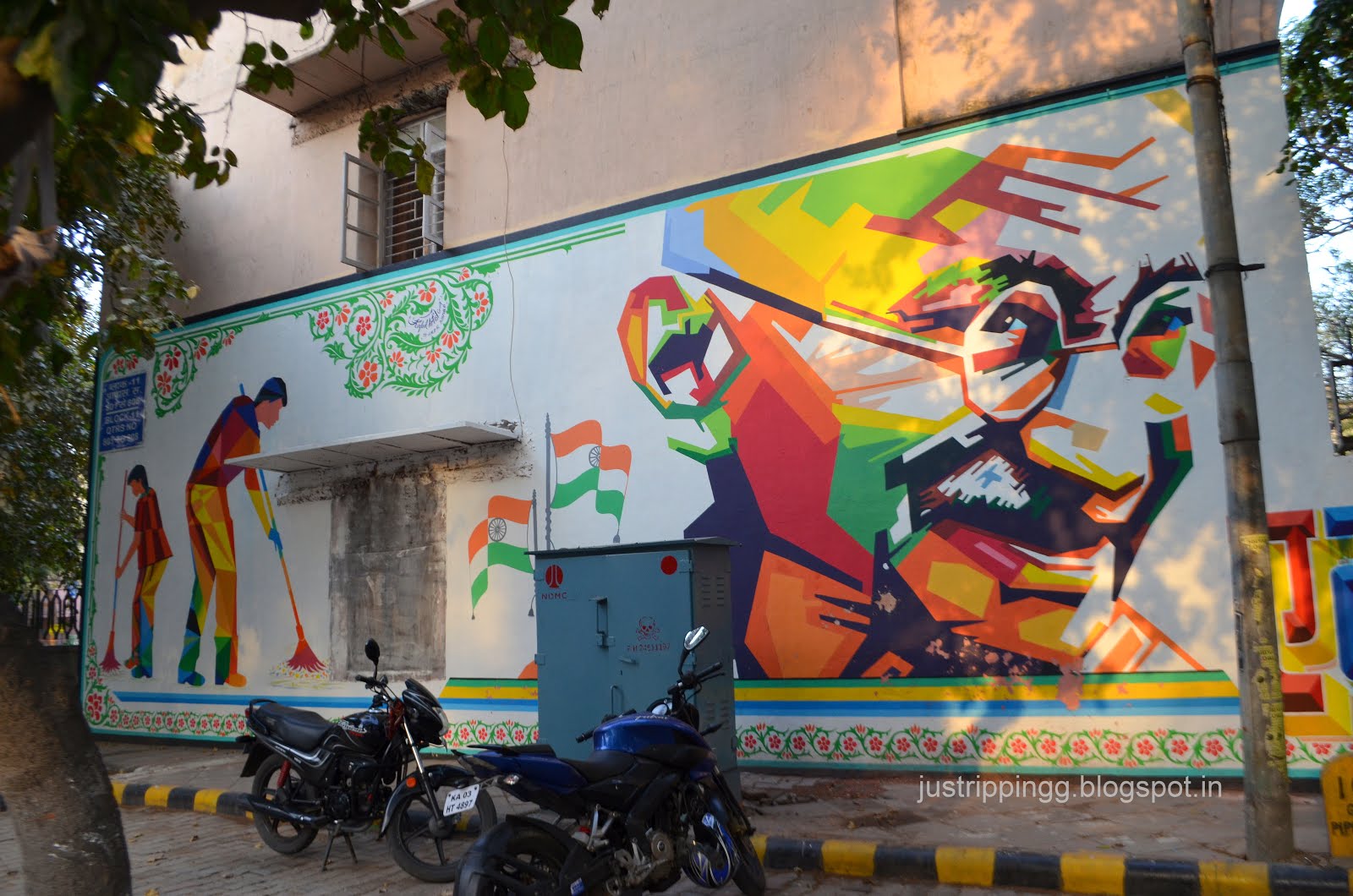 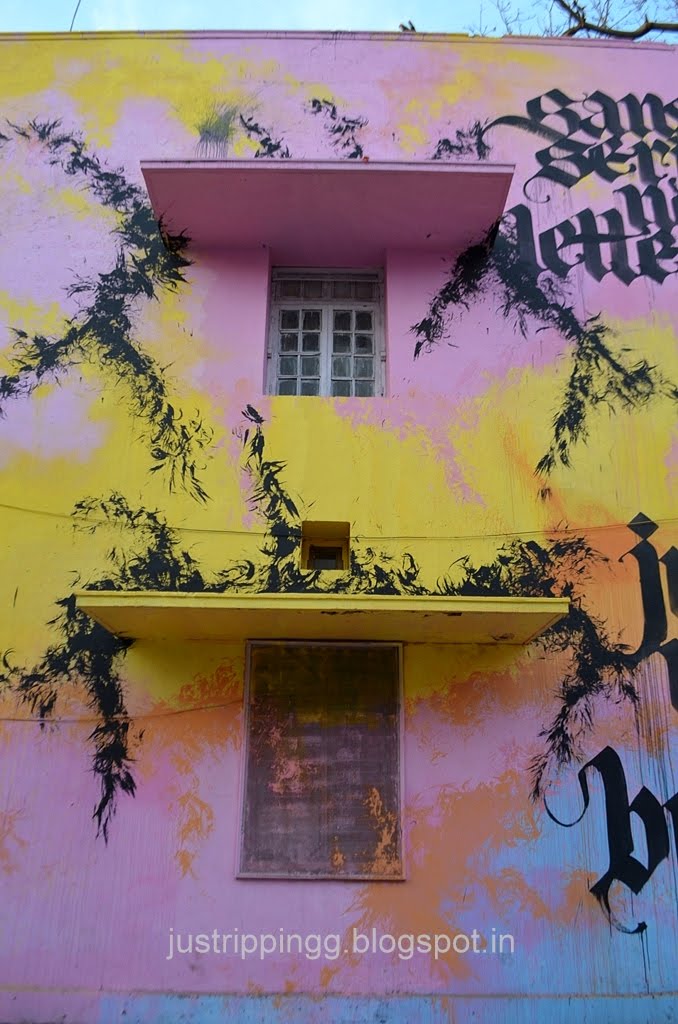 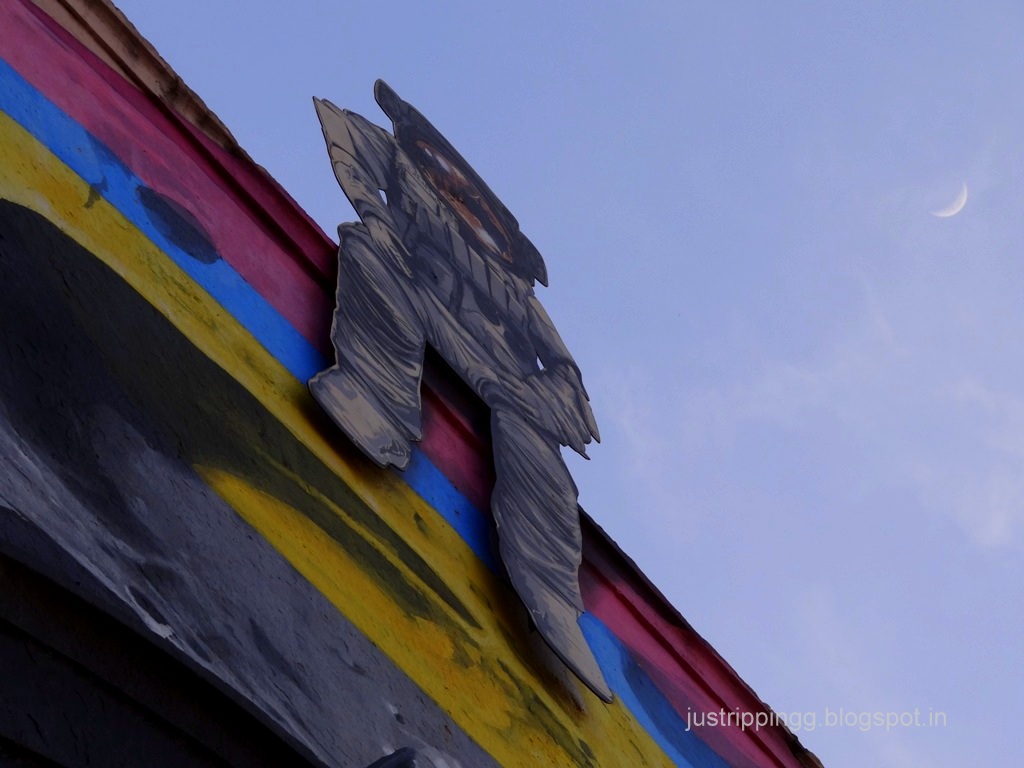 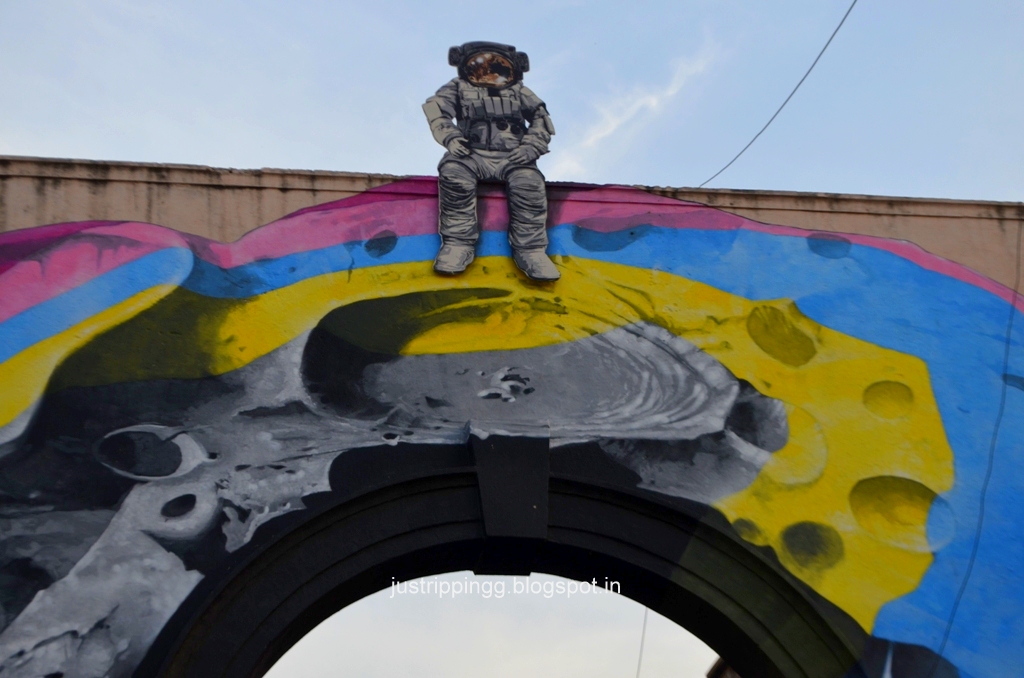 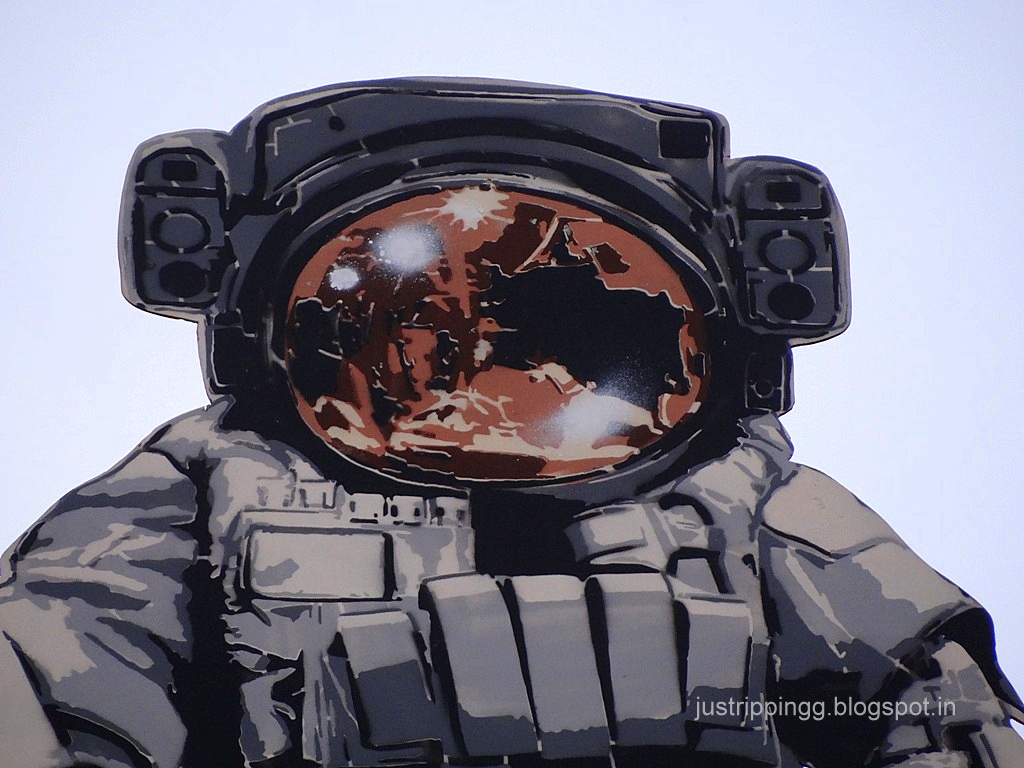 You have a special respect for these artists. Instead of painting in studios on canvasses that could be sold later, here they paint in the open, with no ownership of their composition and a creation that would last only till someone decides to whitewash the walls or stick posters on them. These artists are different. They believe in bringing transformation to our cities by involving each of us in their work. Their works thrill us, make us happy, and the city walls finally get some respect. The art works provide us new ways to celebrate our changing cities. Some changes are definitely good.

Getting There: To reach Lodhi Colony, take Delhi Metro to Jorbagh and walk around the grid of perpendicular streets between Meher Chand Market and Khanna Market.